Our first dog Bailey, born in a backyard in Toronto, found heaven when we moved to Lake Edge Cottages 20 years ago.  She had the roam of the property and was in charge of guest relations. 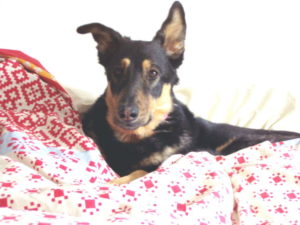 When we would call her home we would often find her sticking her nose out the screen door of one of the cottages, letting us know that she was visiting with guests.  In the early years, many of our guests did not bring their pets with them, simply because they had none or had never thought of traveling with them.  My how times have changed.  Now 9 out of 10 of our guests have at least one or two pets with them.

We think Bailey influenced many of our guests to get a dog.  They found that her visits and calm, friendly nature made them feel good.  She could often be found with guests who were suffering from ill health or recovering from an operation or cancer treatment.  She would lay down next to her patient and let them stroke her silky fur.  Pure bliss for both parties.

Bailey made a great impression on one guest in particular named Bambina.  Bambina’s husband Angelo made the first reservation for them in June of 2001 in Cottage #5.  All he stipulated was that his wife wanted walking trails, wine glasses and large bath towels.  We assured him that she would find all of these things at Lake Edge.  Upon arrival we did discover that Bambina was scared of dogs.  Bailey was set on changing her opinion and was even mentioned in Cottage #5’s guest book entry.

Bambina and Angelo returned to Lake Edge three more times.  The 3rd time they came bearing gifts of home made baguette and a bottle of home made wine for our 8th wedding anniversary.  Bambina was always overjoyed to see Bailey who was now visiting them regularly during each stay.  Bambina informed us that she now has a photo of Bailey in her office.  She had officially become converted and now knew the unconditional love of a dog and their guest book entry proves it:

“This was our 3rd time here in a year.  Every time more memorable than before.  We especially love the peace & tranquility & Bailey especially.  Keep up the good work and lots of luck.”

After their 4th visit we didn’t hear from them again for quite some time and wondered how they were doing, as we do with many of our guests who have made our work here memorable.

Then, in March of 2007, Bambina emailed to let us know that Angelo had passed away in July 2005.  He was diagnosed with a disease that affects only 1 in 1,000,000 and with no treatment available was given 5 years to live at most.  Bambina wrote:

“I just want you both to know that the days that we spent at Lake Edge helped us both come to grips with what was happening.  Thank you so much.”

We were so touched by this news and saddened with the loss of such a lovely man.  We bet Bailey knew Angelo needed love as much as Bambina did.  Our Bailey passed away on January 31, 2004 but she is often remembered and talked about by our guests who had the privilege of meeting our Sweet Mooch Pooch.

Artist: Angela Lipscombe (another Lake Edge Guest who we remember fondly along with her parents, her husband and their kids who eventually got a dog and brought it to Lake Edge!). 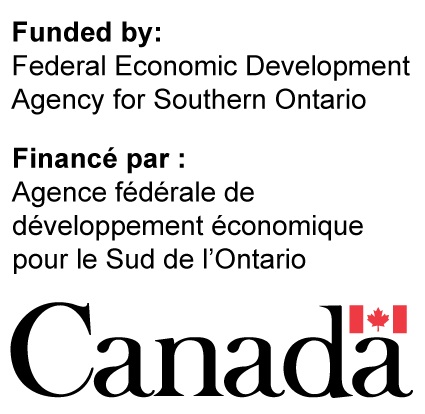